All the pinhole cameras I currently own are ones I have bought, not built. I need to change that. I've recently become interested in woodworking, so I decided to make one out of wood. 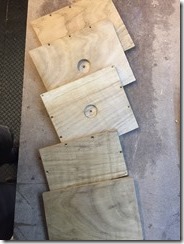 I cut the boards out of a solid slab of Oak I got from a local DIY store. The boards are to be screwed together, so I drilled pilot holes, and also cut the recess for the tripod mounts. 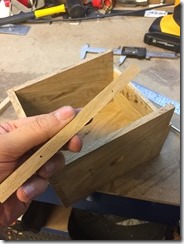 Once I assembled the box, I cut some rails for the film holder to rest on, these were also screwed in so more pilot holes. 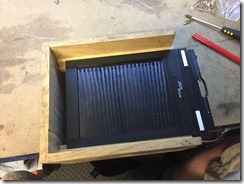 I was constantly test fitting a double dark slide to make sure it was the right size. 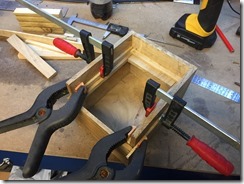 I needed to shim out the side to hold the double dark slide in the centre, so these were glued in place and held there with clamps whilst drying. 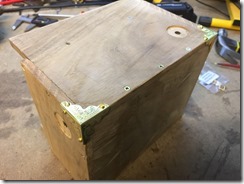 I also added some brass corner protectors to make it look nice. The tiny brass screws were a PITA as brass is very soft. 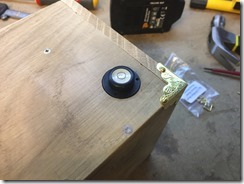 I added a horizontal spirit level and a vertical one too. Next came the tripod mount. There’s one for portrait format and one for landscape. Both were epoxied in place into the recess cut in the board. 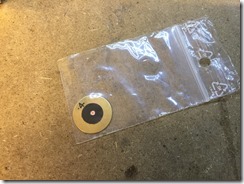 I bought a premade 0.4mm pinhole off an eBay seller. 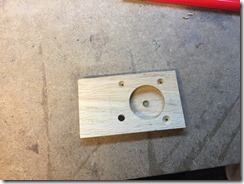 This part holds the pinhole in place and acts as part of the shutter too. 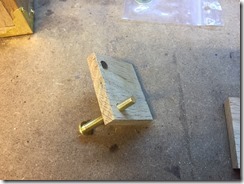 This is the other part of the shutter and pivots on the brass bolt. There’s a magnet that I glued in place that works on the steel screws to keep the shutter either open or closed. 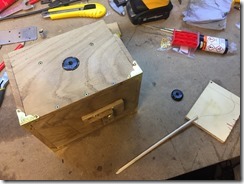 And that’s as far as I’ve got on this camera. I started to build a second shorter focal length pinhole camera at the same time, and that one I finished first. I need to return to this one to finish it.
Posted by zzpza at 13:28 No comments: